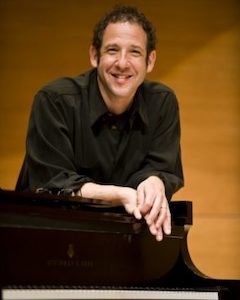 His CDs, The Unknown Ives Volumes 1 and 2, and The Uncovered Ruggles  (New World) represents the only recordings of the complete short piano works of Charles Ives and Carl Ruggles extant. Other recordings on Bridge Records include the 4-CD set Americans in Rome: Music by Fellows of the American Academy in Rome, The Piano Music of Martin Boykan, and Scott Wheeler: Tributes and Portraits. Berman has also recorded The Light That Is Felt: Songs of Charles Ives (with Susan Narucki, soprano New World), Wasting the Night: Songs of Scott Wheeler (Naxos) and Christopher Theofanidis’s Piano Concerto  (Summitt), as well as music by Su Lian Tan (Arsis), Arthur Levering (New World), Martin Boykan (New World; Bridge), Tamar Diesendruck (Centaur), and Aaron Jay Kernis (Koch).

Recent performances by Donald Berman include solo recitals at Bargemusic, National Sawdust, and (le)Poisson Rouge in New York City. He has also been a featured soloist at Zankel Hall at Carnegie Hall, Jordan Hall, Rockport Muisc Festival, as well as abroad in Belgrade, Rome, Beiijing, St. Petersburg, and Israel.  He was a prizewinner of the Schubert International Competition in Dortmund, Germany.

A Harvard Radcliffe Institute Fellow, Berman is currently President of The Charles Ives Society. His principal teachers were Mildred Victor in New York, George Barth at Wesleyan University, John Kirkpatrick, professor emeritus at Yale, and Leonard Shure at The New England Conservatory. Victor and Shure were students of Artur Schnabel and John Kirkpatrick worked with Nadia Boulanger. legendary pedagogues of the 20th century.

“At Longy I have had the opportunity to work with students from diverse backgrounds. They each bring unique perspectives and passions to their explorations of a wide range of repertoire.  Together we work to dive deeply into the worlds of each composer. I strive to ignite the unique profile of each student.

At Longy, I have also had the chance to teach innovative courses such as Politics and Music; Emily Dickinson, Charles Ives and Free Thinking; Contemporary Improvisation and Avant-Garde Techniques; Performer-Composer Collaboration Lab and the departmental  Piano Seminar.