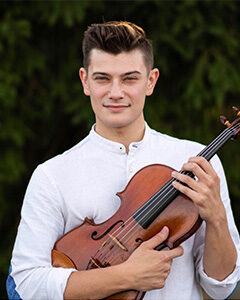 America is a country where education practice is under constant scrutiny and where testing, statistics, and data analysis of student success is used to determine major decisions in curriculum design. Because of its reliance on testing, one can understand why the arts in America would be easily dismissed as less important—in part because of its ambiguity and thus the difficulty to test in the same way as other “core” classes, but largely because of the attention and stress to improve literacy skills in the subjects of math, English, and science. Why, then, should we include music in our curriculum? Why should we bother to teach it?

Several music researchers have written accounts of music transcendence such as Mary Alberici who defined transcendency as “the experience of rising above normal physical and mental fears and concerns to a peak experience that is remembered and sought after again and again,” while Anthony Palmer used the word “spirituality” to describe transcendent experiences. Both were influenced by Abraham Maslow, and his hierarchy of needs theory which states that a person must meet his most basic needs (survival such as food and water), before meeting more complicated needs (safety and security, love, self-esteem, and confidence). Only when one meets these needs can one reach a level of self-actualization and experience transcendence.

Music education can aid and assist all in reaching self-actualization. In allowing my students to explore musical transcendence, they are able to learn and appreciate the value of art in the sense that it connects us to the world and helps one become larger than oneself, pushing them to be the best version of themselves possible.

Michael H Coelho serves as the Director of Fine Arts for the Ipswich Public Schools in Ipswich, Massachusetts where he oversees all K-12 music, art, and drama educators and students. He is also entering his eighth year as Director of Orchestras for the Ipswich Public Schools where he is responsible for five ensembles ranging from grades 6-12. In addition to his duties for the music education program at Longy as well as his work with the Ipswich Public Schools, Mr. Coelho is part of the music education faculty at Gordon College in Wenham, MA as well as the conducting staff for the Northeastern Massachusetts Youth Orchestras (NMYO). Synthesizing traditional orchestral performance with a modern approach, Coelho’s unique educational methods and conducting frequently lead his ensembles to statewide and national recognition.

“We often hear the pursuit of excellent teaching, but there were clearly things thought and done in the moment on the podium indicative of an exceptional musician,” says Charles Peltz.

In 2020, Mr. Coelho was recognized for outstanding teaching during COVID-19 by the Boston Globe’s Fenway Bowl Honor Roll, and in 2022 he was announced as one of ten finalists in the nation for the Music Educator of the Year Award by the Recording Academy and GRAMMY Museum.

In addition to teaching, conducting, and arranging, Mr. Coelho enjoys an active freelance career in both violin and viola. He has performed with notable artists including the Hanson Brothers, the Trans-Siberian Orchestra, Sarah Brightman, Josh Groban, IL Divo, Itzhak Perlman, Denée Benton, Rita Wilson, and Cyndi Lauper throughout the east coast and has performed at venues such as Boston Symphony Hall, Tanglewood’s Seiji Ozawa Hall, and New York City’s Radio City Music Hall.